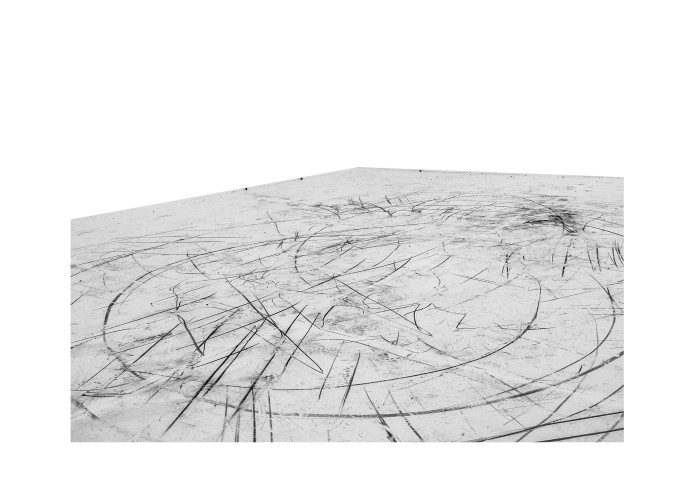 Filled up with helium, “ADA” floats freely in the room, a transparent, membrane-like globe, spiked with charcoals that leave marks on the walls, ceilings and floors. “ADA” produces these marks quite autonomously, although it can be moved by visitors, too. The globe obtains an aura of liveliness and its black coal traces produce the appearance of a drawing. The globe, when put into action, fabricates a composition of lines and points that remain incalculable in their intensity, expression or form, however hard the visitor tries to control “ADA”, to drive her, to domesticate her. In this way, “ADA” is an independent performer, studding the originally white walls with drawings and signs. More and more complicated fabric structures arise from this process. This is a movement experienced visually, which, like a computer, makes an unforeseeable output after entering a command.

It is not by chance that “ADA” reminds us of Ada Lovelace, who in the 19th century, together with Charles Babbage, developed the first prototype of a computer. Babbage provided the preliminary computing machine, while Lovelace provided the first software. Ada Lovelace intended to create a machine that would be able to create works of art, such as poetry, music or pictures, like an artist does. “ADA” by Karina Smigla-Bobinski follows this very tradition. She is a vital performance-machine, and her patterns of lines and points get more and more complex as the number of the audience playing increases. 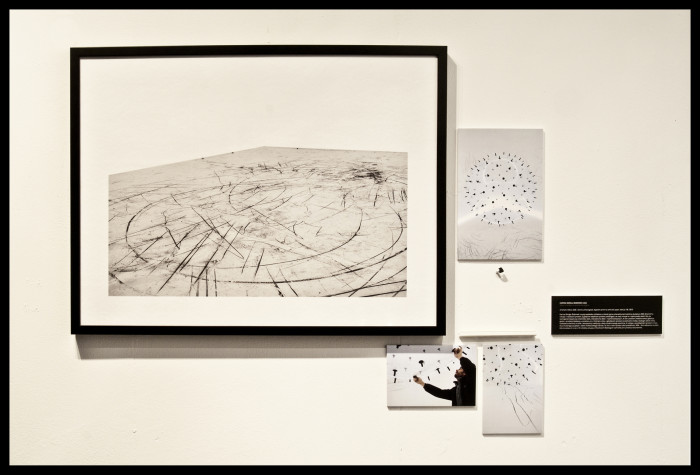 Karina Smigla-Bobinski lives and works as a freelance artist in Munich. She studied art and visual communication at the Academy of Fine Arts in Krakow, Poland and Munich, Germany. She works as an intermedia artist with analogue and digital media and moves between science, intuition, expression and cognition. She produces and collaborates on projects ranging from kinetic sculptures, interactive installations, art interventions, featuring mixed reality objects, multimedia physical theatre performances and online projects.