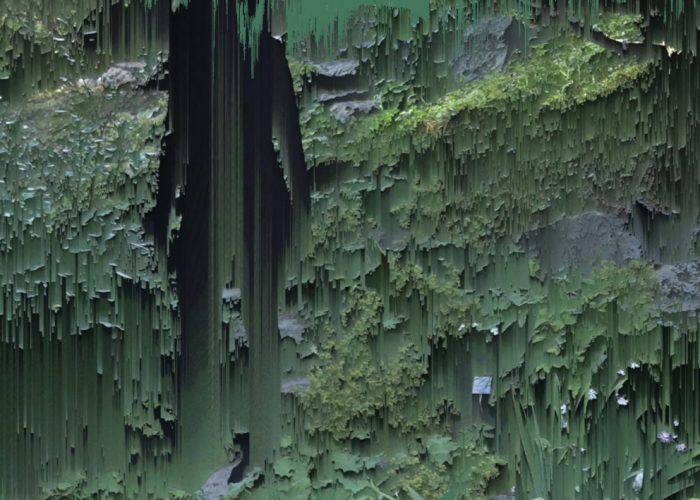 The 12th edition of the Sonica festival, under the theme Paradise Haunted Garden,  evolved around 19 events that took place at eight venues in Ljubljana between 22 and 26 September 2020, featuring 16 artists from 9 countries. The festival week with five concert evenings at various locations, with premieres, screenings and performances, began with the opening of Jenna Sutela’s Holobiont.  In times when humans are virus distributors, this older work by the Finnish artist presents the idea of the human body as a carrier bag that distributes seeds and is a potential carrier of future generation aliens.

On Wednesday we transported to the future, in which the future humans look back onto on the abandoned, desert landscapes in which Yugoslav spomeniks function as the last witnesses of human civilisations past in Johann Johannsson’s The Last and First Men. In Vigroux and Schmitts’ Chronostasis, time stops and then reinverts again, while the Thursday’s program lands our human feet and consciousness in an actual garden. »After years of collaborations with different musicians, I felt the urge to immerse myself in a dialogue with nature. Nature inspires me, calms me down and helps me keep in touch with myself and grounds me with its uncompromising presence.

On Thursday we landed in an actual garden next to the Boathouse in Tivoli Park. By choosing locations that are strongly marked by human sound pollution and creating sound illusions in which the boundaries between environmental sounds and musician composing are blurred, BRGS’ In_Dependences project seeks to raise awareness of human dependence on the environment. After several years of eager anticipation, our ears were greeted by Kleemar’s musical debut, the record “no love in modern world”. He finished the album during the period of self-isolation, and although he sees his musical creation as a game with devices, Kleemar left a recognisable mark on the Slovenian music landscape.

Friday’s program took us into a world of attentive listening, silence, non-encroachment and careful response – we immersed ourselves in the intertwining music worlds of three musicians: Clare de Asís and the duo Maja Osojnik and Irena Tomažin. Saturday’s finale was loud and striking. For the first time in the Slovenian Youth Theatre, we were first blown away by Kutin’s audiovisual project ROTOR, which understands speed as a metaphor for today’s society.

This was followed by exploring the monumental potential in the sounds of the legendary Synthi 100 under the fingers of Swedish musician Lisa Stenberg and finally combining Balkan sound traditions and atmospheric club music in the long-awaited performance of KIR.

From the digestive tract to the universe, from machines to mental spaces inhabited by sonic memories, from music in pauses between sounds to testing human and machine physical boundaries, the festival invited us to listen, alone or in pairs, merging external and internal sound worlds and to walk through the gardens of this year’s festival and tune into the search of fleeting images of paradise.