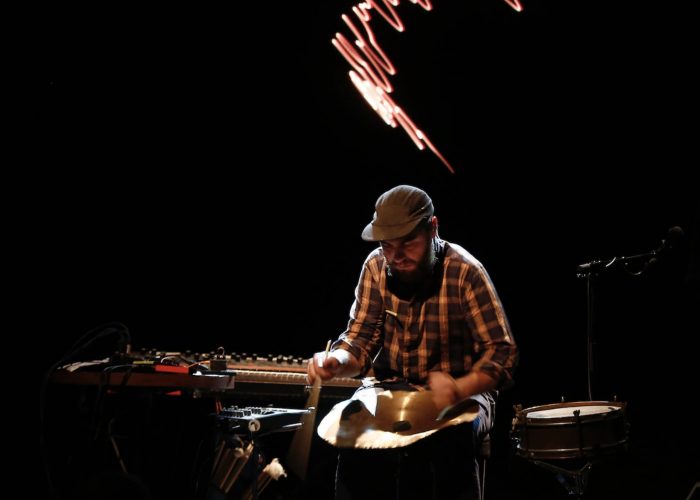 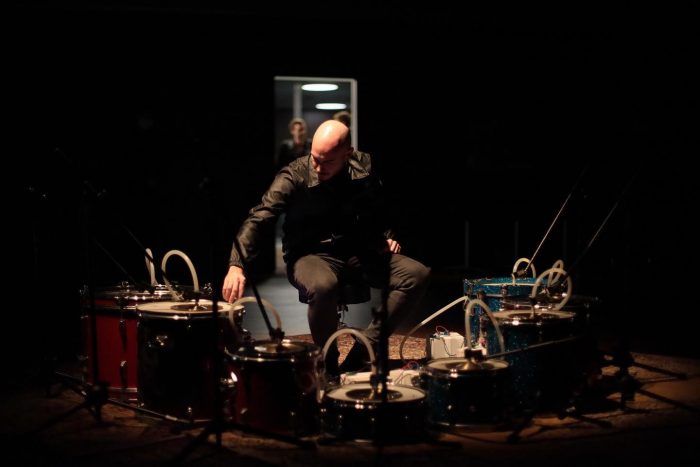 Riccardo La Foresta is a percussionist and sound artist from Modena (Italy) whose research of the last years wants to question the role of the drum as a percussive instrument. Resonances and vibrations generated treating the drum as an aerophone, create acoustic drones, ancestral melodies and complex beats that drastically distance the instrument from traditional drumming. The ongoing process of his research is focused on the development of a system called Drummophone.

Since 2013 La Foresta has been active as a curator of experimental music concerts in the area of Modena, mainly with his organization Bæd and since 2017 with NODE festival. 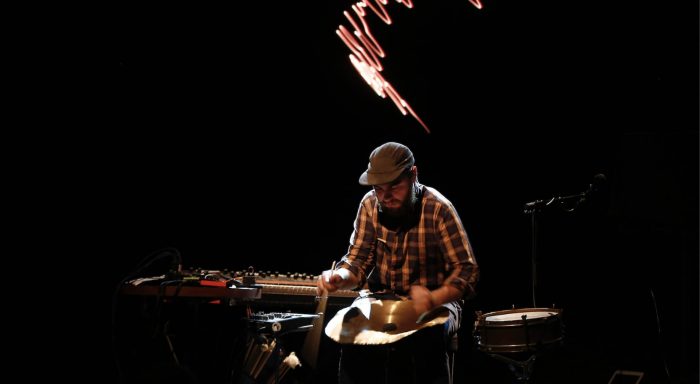 Lukas Koenig is an Austrian drummer, percussionist and composer, born in 1988 in St. Pölten. He currently lives and works in Vienna. He attended the Gustav Mahler conservatory of music, the Anton-Bruckner Univerz and the LinzSwiss Jazz School. Even as a young artist he was often commended end received numerous awards.

»MESSING« (2020,released at Ventil Records) by Lukas Kœnig is a courageous statement that rejects straightforward pop and instead shines with artistic freedom and the will for change. The metal, the brass, always reverberates, at times mercilessly pounding on us, driving us forward, resonating. An artistically valuable and independent work by one of the most remarkable drummers of these times.

»MESSING« is the German noun for brass, a metal that is a component of percussion cymbals. Messing/brass is the cheapest metal alloy for cymbals. Therefore it is easily deformable and bendable.

»MESSING« as an English verb which describes a chaotic handling.

Not chaotic at all is Lukas König’s impressive sound study presented here. The internationally acclaimed drummer concentrated only on a single cymbal (brass plate) as a sound source, messed around with it and therefore discovered new possibilities for sound developments. According to Kœnig, this reduction in means can be attributed to the loss of his rehearsal room and additionally to an acute lack of space, which is also connected to his constant commuting between New York and Vienna. The warehouse was converted into a quiet rehearsal room, where he explored his dexterity on the cymbal and its tonal characteristics using contact microphones and headphones, and perfected his technique to this end. And this reduction of means bore fruit.

We would like to thank SAJETA music festival for our ongoing collaboration in presenting excellent musicians!
www.sajeta.org

The events were made possible with the support of SHAPE Platform, co-financed by Creative Europe.