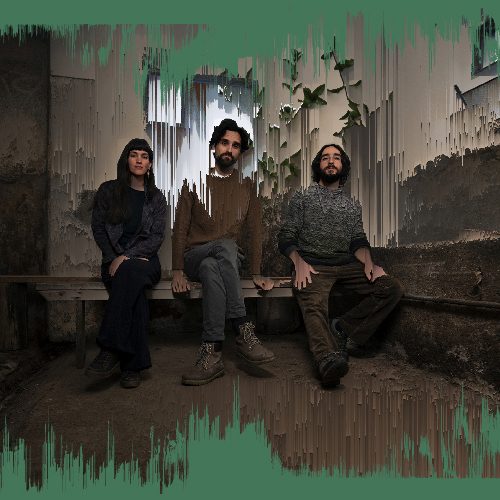 The installations in the Wave series are based on a network of illuminated tubes. Different installations play different waves, from gentle to stronger, with the intensity of the light following the soundscape. The sound of the waves is reproduced by directional loudspeakers, which means that the sound of the Wave installation can only be heard by standing underneath the structure, creating an immediate sense of intimacy.

The sound and consequently the light design of the Wave installation changes according to the context. The modular structure allows the installation to be placed in a wide variety of environments, with light and sound adapting to each other. Wave brings the magic of the sea to unusual environments in different settings and encourages reflection on the meaning of the sea.

The pervasive guiding principle of the Prekmurje-Tolminsko-Kraška strand of Širom is the interweaving of diverse musical approaches and tools, the history of sound and pure musical and handicraft imagination. Iztok Koren, Samo Kutin and Ana Kravanja in the trio list over ten instruments and at least as many given forms of music that could be identified as inspiration for the character of the new ensemble. However, they are practically and experientially deeply enough enmeshed in their own material doing that they manage to avoid merely mirroring existing patterns. They create a self-contained, stylistically homogeneous expression, stretched between a wide field of folk sounds and contemporary acoustic-rock meditations. What we hear at the end is a grounded but still mystical minimalism. Širom’s music is contemplative, and by necessity, edgy, more band than chamber, more street than urban.

Širom members are active in other bands and projects such as ŠKM banda, Hexenbrutal, Najoua, Samo Gromofon and Horda ugly.

Svetlana Maraš (1985) is a composer and sound artist from Serbia. She works at the intersection of experimental music, sound art and new media. Her musical works seek appropriate forms in performance through different media, genres and representational contexts, including live electronic music performances, electro-acoustic composition, radiophonic art, sound and media installations. She has been musically trained from an early age. She graduated from Aalto University in Helsinki, where she also worked as a research assistant, and did a fellowship at the Bang on a Can Summer Institute at Columbia University – School of the Arts, Mozarteum Summer Academy. The KlangKunstBuhne UDK School in Berlin, the Berklee Summer School, the Darmstadt International Summer School, and many others. She performs and tours internationally. She has performed at the CTM Festival in Berlin, Ars Electronica in Linz, House of Electronic Arts in Basel, Espace Multimedia Gantner in Bourogna, Onassis Cultural Centre in Greece, Museum of Contemporary Art in Belgrade, Ausland in Erlin, ICMC in New Zork, International Rostrum of Composers in Wroclaw, ISEA in Dubai, International Music Institute in Darmstadt, Orpheus Institute in Ghent, etc. Her compositions have been broadcast on national radio stations in Austria, Australia, Finland, Sweden, Switzerland, Ireland, Croatia, Slovenia and many other countries. She was awarded the Vitomir Bogić Prize for the best work by a young radiophonic composer. Her radiophonic work Jezij was premiered on Orf TV and shortlisted for the Prix Italia.