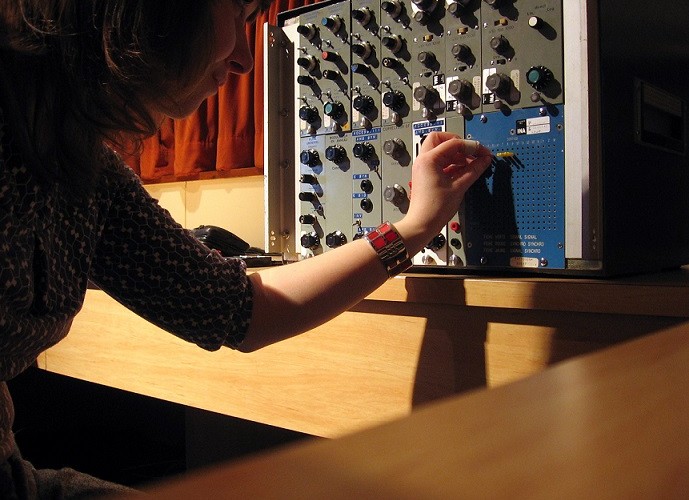 Zavoloka and Laetitia Morais have been collaborating since 2007, when they first met during the participation on an event in Portugal. Zavoloka’s music is deep and intrinsic, filled by several layers of pure sounds and despite its force, always keeps organicity combining with Laetitia’s visuals, who constantly search for the affinity between physical and digital elements.

They both improvise on stage, so the setup is open to unknown variations. It happens that the only premise for their show is the concept, which occurred during the Zavoloka’s album release VITER for wind, VEDANA for water and the recent VOLYA for fire which will be revealed together for the first time in Ljubljana.

Zavoloka performs concerts regularly and her music has been presented in various concert halls, clubs, contemporary museums, theaters and open-air around the world.

Kotra is a moniker and main art project of Ukrainian sound-artist and promoter Dmytro Fedorenko from Kyiv, Ukraine. Many years Kotra explores his own and audiences perception limits, how music can affect body and mind at the most extreme points. Main idea behind all Kotra releases and live concerts is a way of radical transformation through the sound, as one of the most powerful abstract tools of communication. Pushing extremely loud waves to audience Kotra offers another look into irritating and disturbing physical face of music, next to it’s aesthetics side.