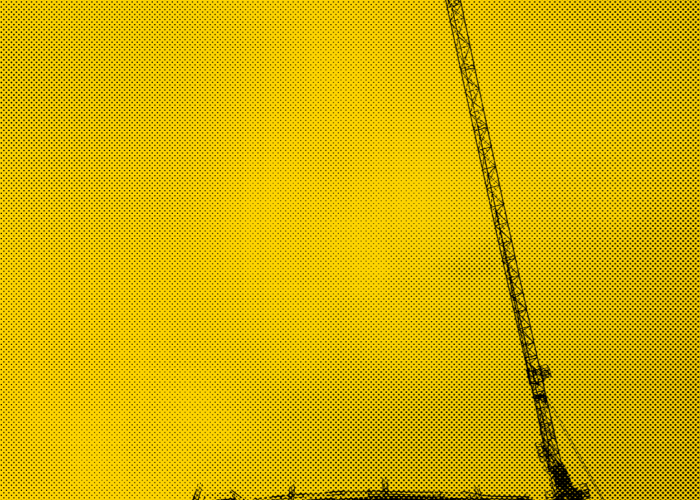 In its first two years, the NONUMENT! project has with the help of partners and associates from Europe and around the World tackled the research of monuments, buildings and public spaces in a novel way. Instead of focusing on the initial projects, the focus was moved towards recontextualisations and changes experienced by these spaces in the time of their duration. Instead of intentions of artists and architects who created them, the focus was on the unpredictable new situations the spaces found themselves in. Instead of describing and archiving, the focus was on creating theoretical and artistic intervention within the disappearing heritage. In October 2020, the first NONUMENT! Book with presentation of the work done in the last two years will be published.

In the months before publishing the first NONUMENT! Book, many recently still lively public spaces and city centres have been transformed into nonuments. In the past, Nonument was devoted to decaying, destroyed and abandoned monuments, buildings and public spaces of the twentieth century. At the third NONUMENT! Symposium, we will combine these thoughts with new thinking about the possible strategies of thought and intervention in a continually transforming contemporary city. Through the cases of transforming buildings, squares and cities, guests from Ljubljana and abroad will think about the open use of space as the condition of survival.

Three panels, a keynote lecture and a round table discussion

The first panel Nonument Spaces will be focusing on the decaying and abandoned buildings and spaces as an opportunity for their radical recontextualisation through the contributions of Miljena Vučković, Elisa Sorentino, Peter Rauch in Urška Jurman. The second panel will address the Urban Discontinuities. Spaces and buildings of socialist societies can today become relevant again through focusing on the ways how they change because of the political transitions and exhibit signs of collective suppression. Antonia Stanev, Adam Knight, Blaž Babnik Romaniuk and Helka Dzsacsovszki will focus on the question of these political and social voids. Speakers of the third panel Public Space in Extremis, Nika Van Berkel, Antonio Grgić, Andrea Elera and Mollie Brooks will address the contemporary movement and surveillance of the public space – comparing the situation before and after the epidemic, which is exhibiting its role as a catalyst of the radical restructuring of what public space means and stands for.

The central evening round table will present the recently published first NONUMENT! Book. Some of its authors: Nika Grabar, Ljubica Slavković, Alexei Monroe, Danica Sretenović and Neja Tomšič, will present their contributions, followed by a discussion chaired by the book co-editor Miloš Kosec.

The evening will conclude with the keynote “Egypt” rather then “October”: Incongruences in interpreting Yugoslav national-liberation monuments, then and now. In his lecture, Branislav Dimitrijević will thematise the critical comment by the neo-constructvist artist Aleksandar Srnec about the typology of erected monuments in the socialist Yugoslavia. Srnec claimed that they were closer to the ancient Egyptian type of sculpture rather then to the artistic legacy of October revolution. The talk will present an analysis of discursive approaches to Yugoslav socialist monumental sculpture from the time of their instalment to their current popularity.

Free entry.
Registrations advisable – to attend in person at Kino Šiška, register here.
We will publish the live stream information on the day of the event.
For updates follow the event on FB