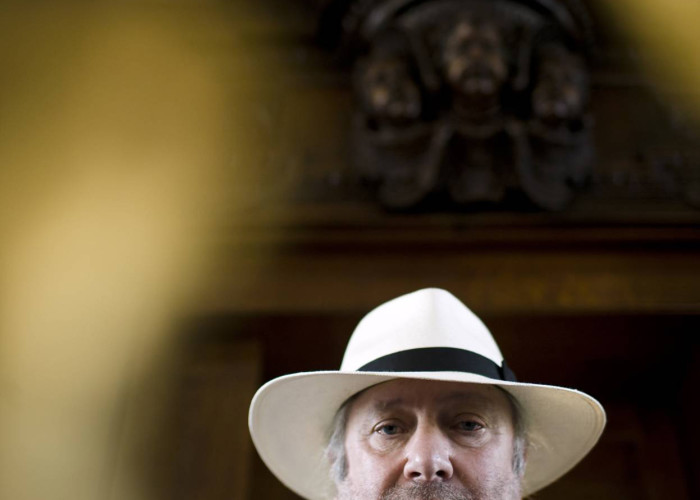 The SONICA Classics series will take place in St James Parish’s Church with a solo organ concert by Charlemagne Palestine. The MoTA Point will also show a screening of a selection of his video works.

I don’t especially like your 2 headings “serious” & “popular”. It sounds very moralist to me. In Charleworld, Serious Musings can be Popular and Popular Musings can be Serious. I adore the Religious, the Dramatic, the Comic, the Folkloric, the Mysterious, the Frightening, the Soothing, the Confusing, the Incomprehensible, the Wild, the Healing, the Violent, the Aggressive, the Invisible & Inaudible, these can all be SerioPopular or PopuloSerious in Charleworld…”

– Charlemagne Palestine, from 15 Questions to Palestine

Charlemagne Palestine is considered one of the pioneers of minimalist music together with his contemporaries Terry Riley, Philip Glass and Steve Reich. However, he doesn’t like his work to be called minimalist and is proposing the term ‘maximalist’ instead.
He grew up in Brooklyn where he was trained as a cantor in synagogue and his early works were compositions for carillon bells, voice and electronic drones. When he was thirteen years old, he got a job playing bells at the Saint Thomas Church next to the Museum of Modern Art in Manhattan. His experimental playing was overheard by the director of CBS who had offices next door and they wanted his music for the intro logos of their broadcasts. But he says his biggest influence weren’t musicians, but rather the search for a different tradition, namely the opposite of the western music tradition. Since he grew up in a Russian-Polish Jewish community, he was interested in everything that was different: ritualistic, tribal. Especially an understanding of artist as a total creator, rather that someone who is only a painter, a sculptor , a teacher or a healer.
Still considered his most important musical work is Strumming Music (1974). In it two tones are played so that their repetition and layering creates melodical drones and thus brings out piano sounds rarely heard generated by the natural resonance of the piano. He uses a similar technique with the organ, where playing only a couple of tones creates an illusion of a thousand hands playing.
In the seventies, he composed intense physical music, among other playing the piano until bleeding and always with a strong attachment to rituals, thus creating a unique and independent voice among the western contemporary classical music practices. Simultaneously his music grows with intensity and thick melodies, underlined with resonating clusters, creating tonal coloring, harmonic pulsating and resonances in many ways unsurpassed by any musician. He performs solo on piano, as a vocalist and organist in churches. He also collaborated with many contemporary classic and electronic music artists such as Pan Sonic, Mondkopf, David Coulter, Tony Conrad in Michael Girs, Rhys Chatham, Z’ev, Oren Ambarchi, Perlonex, Mika Vaino, Gol, among others.
Charlemagne Palestine begins each concert with a few minute introduction playing on crystal glasses filled with congac. His concert instruments are decorated with flowers and stuffed animals for which he believes they are the homes of animal deities. After a long break with music, Charlemagne recenetly returned to it with full power, performing at all the major art venues and festivals (CTM, TodaysArt, Unsound, AllTomorrowsParties, Krems etc).

We are honored to have this rare opportunity to hear one of the most daring, curious, free spirited musicians play in Ljubljana, and you should not miss it, either.

The concert will take place in partnership with the World Music Days.
http://www.worldmusicdays2015.si

The project was developed within the ARTECITYA network, devoted to artistic and technological innovations with the aim of improving the quality of life in cities and is co-financed by the Creative Europe.