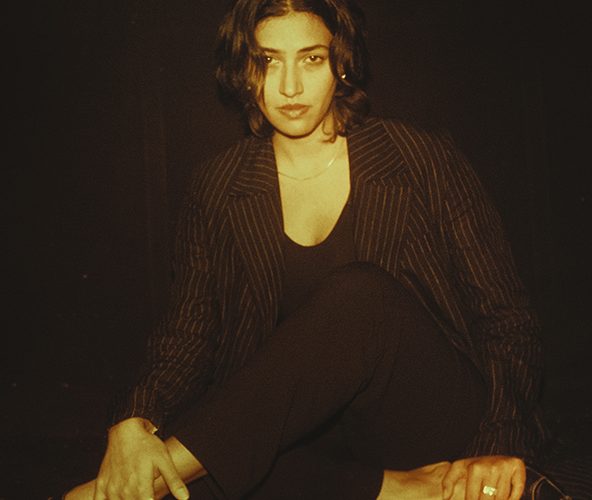 SONICA Festival will happen this year. But before that join us at our pre-events. Next week, we’re partnering with Grounded Festival to present one of this year’s SHAPE Platform Artists, Yantan Ministry.

Yantan Ministry is an experimental composer, live musician and DJ. Recognisable by their mercuriality and eclectic movements, their work permeates a keen interest in ambiguity, obfuscation and the emotional body; an ever present suggestion of their inclinations being motivated by stepping outside the frame to highlight a riddle, to create feelingly and work within mythical space.

They self-released their edits pack Attacco Mixtape in 2018, followed by the interpretative p i e c e Raw Red Redux on Swedish label Country Music. Their debut EP, Radio Unnameable, was released in 2020 on Berlin based experimental label Yegorka. In addition to their original work, they have produced remixes of mobilegirl’s and Kablam’s work among others. Meandering between club spheres, experimental production, and a penchant for toying with song, audio processing and traditional instrumentation, they have broadcast their diverse affinities in meticulously crafted mixes on a number of radio shows and platforms. Notable mentions are Endgame’s NTS Precious Metals show, Kelman Duran’s Edits mix series on NTS, and most recently their Tail On mix for AQNB and Motley Curio mix for YEAR0001’s SOUNDS mix series.

Yantan Ministry both djs and plays live, having performed at international events and venues such as Sonic Acts, Säule at Berghain, All Club Shanghai, Cakeshop Seoul and Bala Club in London.

Yantan Ministry is supported by SHAPE Platform, co-financed by the Creative Europe.