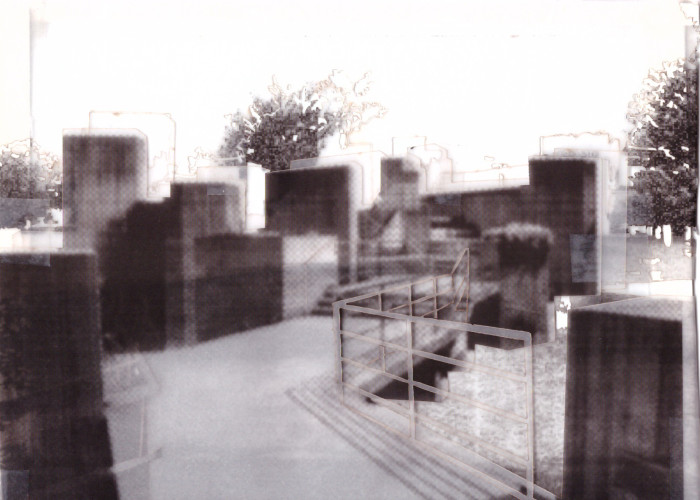 The McKeldin Fountain in Baltimore’s inner harbor is the first NONUMENT Group live action in collaboration with Lisa Moren and Jaimes Mayhew. On 4th October NONUMENT Group will transform the Fountain’s audio-visual atmosphere and perform a collective action to honor its magnificent architecture.

Nonument Baltimore: The McKeldin Fountain in Baltimore’s Inner Harbor Mckeldin Square is the first action in a public space of the NONUMENT group, a long term research project by MoTA, with Neja Tomšič and Martin Bricelj in collaboration with Lisa Moren and Jaimes Mayhew, as part of a Fellowship with the Imaging Research Center (IRC) at the University of Maryland Baltimore County (UMBC). McKeldin Square is zoned a free speech area by the City of Baltimore and has a long history as a site of protest including “Occupy Baltimore” and the “Black Lives Matter” movement in relation to the death of Freddy Grey when the National Guard came to this site.

On 4 October 2015, Nonuments group will organize a collective action by building mini-monument models of The McKeldin Fountain as a workshop. Based on the various primitive shapes of the brutalist architecture of the Fountain itself, we will create experiential models while discussing and sharing stories about this the complexity of this public space. At the end of the Transmodern parade, we will illuminate the mini-monuments and float them in the Fountain.

Nonuments is a long term research project by MoTA that addresses hidden monuments and spaces that carry symbolic value in physical, mental and virtual landscapes. The purpose of its artistic productions and research is to define of the role of monuments today, especially the ways in which societies mark important moments within a location through landmarks and thus inscribing them into collective urban landscapes. The research and artistic production address questions of memory, representation, semantics and other aspects of monumentalism, as well as an attempt to publicly address the perception of public space and its role in urban everyday life.

NONUMENT is made possible in part with funds from CEC ArtsLink.
The project is co-funded by Creative Europe program of the European Union.

The project was developed within the ARTECITYA network, devoted to artistic and technological innovations with the aim of improving the quality of life in cities and is co-financed by the Creative Europe.

Within the years of running our residency programme we’ve established T.R.I.B.E. – a network of residency spaces in the Balkans & Eastern Europe.