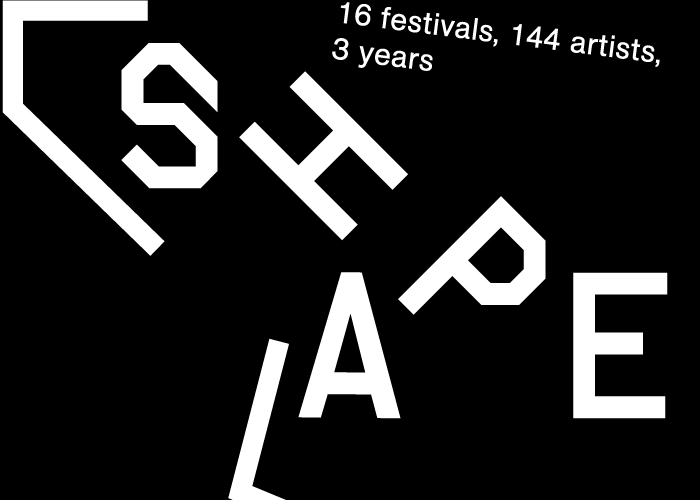 The month of September will be opened in Riga – the first showcase of the month will be a special free-entry event by Skaņu Mežs, one of the two coordinating festivals of the platform. Since 2006, Skaņu has been participating in Riga’s White Nights, a cultural forum that calls all local initiatives to host night-long free-entry events. As always, Skaņu Mežs will participate with a seven-hour concert program on September 10, presenting what can be considered a mini-festival, comprised of very (genre-wise) diverse performances. The SHAPE platform will be represented by four acts: Venezuelan DJ and producer Hyperaktivist, British bass music producer Spatial with an audiovisual show, Janus-affiliated DJ and post-grime producer KABLAM as well as Austrian bass clarinetist, improviser and composer Susanna Gartmayer.

Next up, the platform goes to Romania, where Rokolectiv festival will host its second special SHAPE event, titled SHAPE Bucharest (September 15 – 17), gathering seven SHAPE acts, some with alternative projects, like the Raze De Soare-related Utopus or Stine Janvin Motland’s interactive installation Subjective Frequency Transducer, which registrates and regenerates the internal resonance of the performer. Charlotte Bendiks, We Will Fail and Syracuse will participate; such acts as Orphan Swords and Andi Stecher will give their first performances as part of SHAPE. The event will also feature a lecture by artist Maria Guta, titled Working with VR & POV.

On September 22 – 25, The Hague’s multidisciplinary modern creativity festival TodaysArt will have its 2016 edition, and, this time around, will relocate to the city centre. What to expect? The usual adventurous yet unexpected experience of a diverse selection of performances and concerts, club nights, installations and public space interventions and the Bright Collisions symposium program. As part of the festival, the SHAPE-participating visual label ANTIVJ will be featured with the world premiere of a new performance, staging astrophysics as an immersive audiovisual performance. The project is being developed with – and will be performed live by – renowned electronic musicians, scientists and creative coders. The SHAPE part of TodaysArt 2016 will also feature audiovisual artist Julien Bayle, Norwegian DJ Charlotte Bendiks, Editions Mego-related electronic music composer Klara Lewis, vibraphone player Masayoshi Fujita, light-and-sound installation artists Nonotak, DJ crew from label BAKK and Polish acts We Will Fail and Piotr Kurek, nominated to the platform by Unsound festival.

The month will be rounded up with somewhat of an early start for Austrian festival musikprotokoll im steirischen herbst, which will present French free-form experimental music project L’Ocelle Mare, run by guitarist Thomas Bonvalet, in a separate concert evening at the Kunsthaus Graz on September 29 on the occasion of the opening of the musikprotokoll sound art exhibition „The Logic of Angels”. All the other musikprotokoll concerts will then take place from October 6 to October 9, with further performances of SHAPE artists. Also, on September 30 KABLAM will play at the club panamur event series of steirischer herbst. As musikprotokoll is curated and produced by ORF, the Austrian Broadcasting Corporation, all the SHAPE concerts will be recorded and presented in its channel Oe1, in October and November. And, especially for the aforementioned station, Stine Janvin Motland is currently producing her first radio art piece, commissioned by Oe1 Kunstradio. You’ll be able to listen to it on September 18.

For updated programs of October festivals from the SHAPE platform, such as UH Fest, Unsound, Insomnia, Skaņu Mežs, RIAM and Maintenant, don’t hesitate to visit the Event section of our homepage.