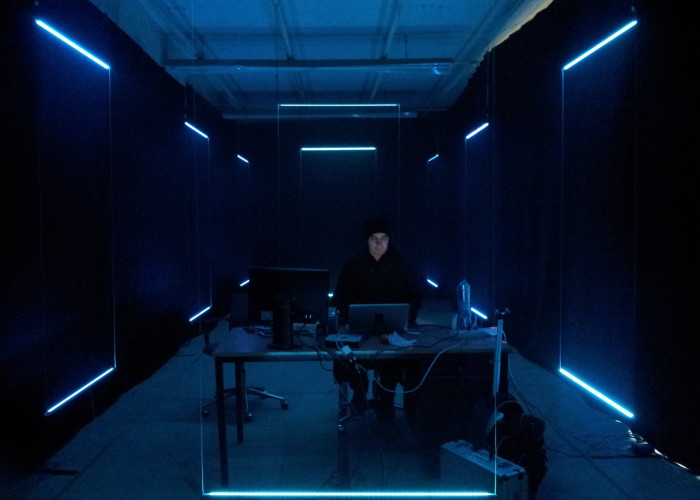 SHAPE November showcases and other news

November sees the member festivals of SHAPE, the Creative Europe supported platform for innovative music and audiovisual art, organizing the final showcases with SHAPE artists of 2016. The 2016 editions of Cynetart and Schiev are coming, and so are one-offs by Berlin’s CTM festival and Prague’s art center MeetFactory. Read more about these events and new mixes in our monthly news update.

November sees the member festivals of SHAPE, the Creative Europe supported platform for innovative music and audiovisual art, organizing the final showcases with SHAPE artists of 2016. The 2016 editions of Cynetart and Schiev are coming, and so are one-offs by Berlin’s CTM festival and Prague’s art center MeetFactory. Read more about these events and new mixes in our monthly news update.

On November 4, SHAPE member festival CTM and legendary hardware/software company Ableton will collaborate on yet another event: DJs and live acts will take over diverse spaces within the venue (Volksbühne theater), inviting you to move around across styles and genres in a programme as varied as Ableton’s Loop summit. As part of this event, the French-Japanese light installation/rhythmic music duo Nonotak will appear in Berlin for the first time, with their dazzling fusion of electronic music, strobe-lit shadow-strewn lighting design and multiple screens built into structures that surround the artists, while Interdisciplinary artist Nik Nowak will appear with beat producer Spa¨nk and video artist Moritz Stumm as Schockglatze. The Norwegian Coméme family member Charlotte Bendiks fuses classic house, disco, African groove and Latin-inspired beats in the foyer upstairs.

Impressively, SHAPE member festival Cynetart will celebrate its 20th anniversary from November 10 until November 16. Mexican-born installation artist and musician Laura Luna from Prague will present a special visual collaboration with Pascal Silondi, while audiovisual artist Nicolas Maigret will be featured with his performance “The Private Cinema” and Norwegian experimental vocalist Stine Janvin Motland will present her project “Fake Synthetic Music”. Clock DVA member Maurizio Martinucci aka TeZ will present “PV868” – experimental creation and performance aimed at producing an audiovisual feed/stimulus which would allow a peculiar effect of moving visual patterns to emerge directly in the brain of the viewer/listener. Polish artist and theorist Marta Heberle will give a solo performance as well as participate in a public interview. Also, the open workshop by Frank Bretschneider might turn out to be the highlight of Cynetart’s SHAPE educational programme.

On November 24, MeetFactory – one of two coordinating organizations of SHAPE – will host its final SHAPE showcase of 2016, featuring Peder Mannerfelt and Portuguese interdisciplinary artist Gil Delindro, whose work focuses on the conflicting relation between ego, nature and technology.

Also, don’t miss Venezuelan DJ Hyperaktivist playing at club Aurora in Hungary at an event organized by UH Fest on 18 November, as well as post-grime producer and DJ KABLAM playing at Dresden’s Festspielhaus Hellerau on November 19.

SHAPE will start its year 3 activities in December, when a large showcase will be presented at the Novas Frequências festival in Rio de Janeiro.

The SHAPE platform is a three-year initiative, co-funded by the Creative Europe programme of the European Union.

To find out more details and full line-ups of the aforementioned events, please visit: http://shapeplatform.eu/events/event/